not our keys not your coins

HomeBlogPosts Tagged "not our keys not your coins" 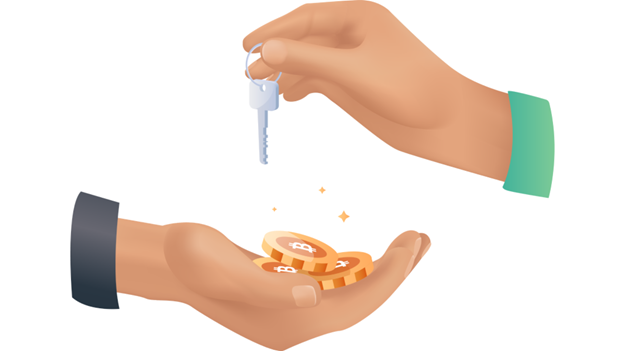 The Meaning Behind Not Your Keys, Not Your Coins

In the aftermath of the collapse of FTX, a cryptocurrency exchange led by Sam Bankman-Fried, who saw his net worth plunge from $16 billion to $100,000 in a week, a single phrase continued to be uttered online:

“Not your keys, not your coins.”

At the time of the collapse in November 2022, FTX was the third-largest cryptocurrency exchange by trading volume. Presently, the total amount of customer funds that have vanished from the crypto exchange has varied between USD $1 billion and $2 billion.

There has been a difference in views of the situation, where the New York Times has touted the collapse as a result of mismanagement or as CoinDesk puts it bluntly, it was a variety of “conscious and intentional fraud intended to steal money from both users and investors.”

Regardless of how FTX’s collapse happened, this is where the phrase, “Not your keys, not your coins” becomes important for crypto users, investors and advocates alike.

Not Your Keys Not Your Coins Meaning

How Bitcoin or any cryptocurrency is transferred from one individual to another is through the distributed ledger (blockchain). A wallet does not actually store one’s cryptocurrency, as opposed to a physical wallet that can hold credit cards and cash.

A wallet is a device or a physical medium where one can securely keep their cryptocurrency. Once purchasing a wallet, it in fact comes with two keys: a public and a private key. They are both necessary and perform different functions.

A ‘public’ key is used to send cryptocurrency into a wallet. The public key can be viewed as crypto’s version of a checking account number and routing number for direct deposits. This is information that can be public but does not allow an individual to withdraw or log into your accounts.

To note, a public key and a wallet address are not the same. If you want to send Bitcoin to your friend, you would need their address, which consists of 25 to 40 alphanumeric characters. A wallet address is the final part of a public key.

A ‘private’ key is only meant for the owner of the wallet. Private keys are numerical codes but to make things easier for the end-user, wallet providers can encode your private keys. A common example is through a “seed phrase.” A seed phrase is a series of random words that can be used to unlock funds from a wallet. The private key is hidden behind this series of words.

We would recommend writing down your numerical code or seed phrase on a piece of paper. This may sound old-school but paper is not susceptible to a cyber attack.

Read HoneyBadger’s guide on How to Set Up a Bitcoin Wallet.

So as the saying goes, if you do not have the keys do you really own the coins?

Bitcoin was founded entirely on the principle of a peer-to-peer electronic cash system without the need for a trusted third party. Bitcoin and a large portion of the cryptocurrency space tout the idea of a decentralized network. With this notion in mind, does it really make sense to hand over control of your wallet and funds to a third party like Binance, Coinbase or even FTX?

Not owning one’s own keys goes entirely against the ethos that Bitcoin and cryptocurrency were founded on.

The phrase was first touted by Andreas Antonopoulos, a technologist and serial entrepreneur at a Bloktex event in Kuala Lumpur, Malaysia in 2017.

By holding cryptocurrency on an exchange, the risk is entirely placed on the security and trust of the company operating the exchange.

This may seem strange, as you do have to log in to your account on your favourite exchange to view your coins. Seemingly it looks like you own the assets and you are in control, but this is far from the truth.

The exchange owns the private keys and places limits on how much cryptocurrency you can buy and sell. The exchange can even pause all transactions for a variety of reasons, the most common being site maintenance. What happens when you are unable to access your account during periods of market volatility? This will impact your potential returns.

A wallet on a centralized exchange does not truly belong to the account holder.

Crypto is not immune to hacks or exchange defaults as we discussed earlier with FTX. Mt. Gox was a bitcoin exchange based out of Tokyo that was handling over 70% of all bitcoin transactions worldwide. It abruptly ceased operations due to theft in 2014.

Canada experienced its own share of exchange defaults. For example, QuadrigaCX filed for bankruptcy after its founder, Gerald Cotten had died and supposedly was the only employee with access to the exchange’s private keys.

Trust is placed entirely on the exchange and as you may or may not know, most companies do not last as long as you will. You are safer to bet on yourself than on an exchange.

How To Gain Control

If you have made it this far, and believe in the saying, “Not your keys, not your coins,” you may want to purchase a wallet. You can find a variety of dedicated wallets here, which come in four distinct forms:

Wallets that run on your mobile device.

Wallets that run on your computer

These are physical devices that hold your private keys offline. They can look similar to a USB stick.

Keep your Ledger Nano X & S Plus in mint condition, avoid everyday wear and tear, and have easy access to your device.

Because even your protection could do with a liiiiittle more protection.

Wallets that are native to the Lightning Network

Some types of wallets allow you to purchase cryptocurrency through them, such as Ledger, but in most cases, you would have to purchase the coins from centralized exchanges, like Binance and Coinbase, then transfer them to a wallet where you are the sole custodian.

Why HoneyBadger Believes in Owning Your Own Keys

First and foremost, HoneyBadger’s business model is non-custodial. Any crypto our customers buy at our kiosks or online is sent and stored securely in their own wallets. They control their own assets and we have no access to them.

All of our transactions are instant and we encourage our customers to follow the mantra, “Not your keys, not your coins.”

Once our customers buy it, they own it. We believe in financial freedom and making cryptocurrency accessible to all Canadians.