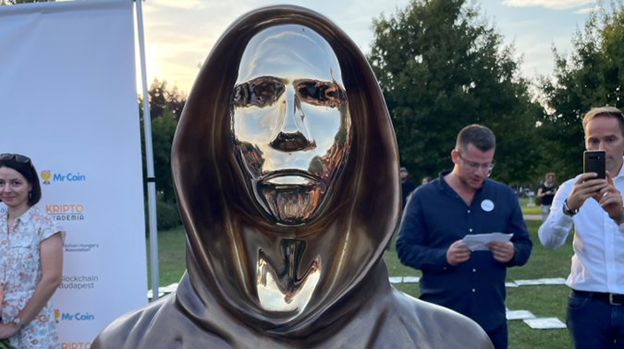 Who is Bitcoin’s Founder, Satoshi Nakamoto?

In the aftermath of the 2008 financial crisis, a thesis paper was published on bitcoin.org on October 31, 2008. The paper focused on an electronic cash payment system without the need for a financial institution. The paper titled ‘Bitcoin: A Peer-to-Peer Electronic Cash System’ by Satoshi Nakamoto was a mere nine pages long but exceptionally detailed for a thesis paper.

At a time when faith in the banking industry was at its depths, an idea for a transaction system was born “without relying on trust” as Satoshi stated.

Bitcoin’s Genesis Block was mined on January 3, 2009. A genesis block is the first block mined in a blockchain. Nine days later, the first Bitcoin transaction occurred at block 170 between Satoshi and Hal Finney.

Hal Finney was an American software developer and a strong advocate for cryptography.

A month later, Satoshi posted the software to Bitcoin and his design paper on the P2P Foundation forum.

“I’ve developed a new open source P2P e-cash system called Bitcoin. It’s completely decentralized, with no central server or trusted parties, because everything is based on crypto proof instead of trust. Give it a try, or take a look at the screenshots and design paper.”

The identity of Satoshi Nakamoto is still unknown. The name is a pseudonym and whether Satoshi was an individual or a group of individuals is not known.

The name Nakamoto is of Japanese origin and Satoshi’s forum profile claims they are from Japan, however, the whitepaper, along with forum posts on P2P Foundation, was written in fluent English. This suggests that the individual(s) is not likely to be Japanese but from an English speaking country.

In the first year of Bitcoin’s existence, Satoshi mined as much as 1.1 million Bitcoin, currently worth roughly CAD $29.5 billion at the time of this publication.

It has been over 11 years since Satoshi sent his final message on the forum. Satoshi urged WikiLeaks to not use Bitcoin to raise funds after major payment processors blocked donations to the organization.

The next day on December 12, 2010, Satoshi wrote, “There’s more work to do on DoS…,” specifically referring to potential denial-of-service attacks on the Bitcoin software.

In early 2011, Satoshi kept in communication with some of the initial users of Bitcoin via email. Former senior software engineer at Google, Mike Hearn asked Satoshi if he had planned on rejoining the blockchain community.

Satoshi replied to Hearn, “I’ve moved on to other things. It’s in good hands with Gavin and everyone.” Satoshi was referring to Gavin Andresen, an American software developer.

After sending their final message, Satoshi Nakamoto disappeared and their anonymity has remained intact to this day.

The Hunt for Satoshi Nakamoto

In 2014, a man by the name of Dorian Satoshi Nakamoto surfaced. He is a Californian engineer who supposedly had never heard of Bitcoin until his son mentioned it to him. He has continuously denied the allegations that he is the creator of Bitcoin. It is likely that if Satoshi wanted to remain anonymous, they would have used a pseudonym, not their actual name.

On the other hand, Australian computer scientist Craig Wright has consistently claimed that he is Satoshi Nakamoto. Wright has even pursued legal actions revolving around his claims of founding the world’s largest cryptocurrency. Specifically he filed a copyright claim on the Bitcoin whitepaper and initial code.

Nick Szabo has been linked to Satoshi Nakamoto since 2015. Szabo is a computer engineer, legal scholar and cryptographer.

He is known for his work on smart contracts and the founding of bit gold. Bit gold is perceived as the precursor to Bitcoin. Szabo has continuously denied being Satoshi.

Hal Finney may seem like an easy target, as he received the first Bitcoin transaction in 2009 from Satoshi Nakamoto. Finney was also one of the first to work on Bitcoin’s open-source code and coincidentally had lived in the same town as Dorian Nakamoto. That being said, Finney has shown evidence against being Satoshi through his Bitcoin wallet’s history and email correspondence with Satoshi. Finney passed away in 2014 from ALS.

Given the market value of Bitcoin and its widespread adoption, Satoshi has certainly done a phenomenal job at concealing their identity. We may never know who is Bitcoin’s founder.

Part of the reason that makes Bitcoin so attractive to other cryptocurrencies and other forms of assets is its decentralized nature. Uncovering who may be the founder could likely lead to the decline of the cryptocurrency and the underlying philosophy of its origins as a peer-to-peer transaction system in the absence of any intermediary.

Join our newsletter to stay updated