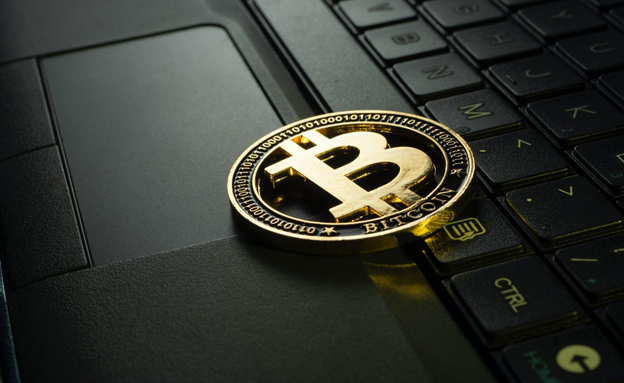 Bitcoin can be confusing, largely because it is different from typical money and investments. In this Bitcoin for Dummies guide we break down the key things that you should know to trade safely.

Bitcoin is a form of digital currency or cryptocurrency. It was created in the aftermath of the financial crisis in 2009. Its value fluctuates in the same manner that a public company’s stock price does.

While it isn’t the first cryptocurrency, it is the first decentralized crypto to reach widespread adoption and success. It remains the most valuable and popular crypto today.

The price tends to fluctuate more than the general market and, because it is traded 24/7, it is not subject to market opens and closes.

How Does Bitcoin Work?

Bitcoin is known as a decentralized currency with no central authority. In contrast, fiat currency, such as the US dollar or Euro, are controlled by the Federal Reserve and European Central Bank, respectively.

Cryptocurrencies utilize a blockchain, or a shared public ledger, to record and confirm all transactions between parties. Crypto is known as a peer-to-peer transaction network and can perform settlements between one party and another, or from one party to multiple other parties, at once.

If you remember torrenting music a few years ago, the blockchain works in a similar way. All transactions are confirmed by the computers, or “nodes,” on the network and ensure that all parties have the appropriate balance. To confirm a settlement, a majority of nodes must agree that the transaction is valid.

Parties complete transactions and store assets via digital wallets, which contain a private key that only the owner knows. These keys are used to sign transactions, providing a mathematical proof that the owner has given their authorization.

How Are Bitcoins Created?

Bitcoins are rewarded to computers that exert computational power to solve extremely complex mathematical functions. The difficulty of these functions increases over time as the supply decreases until all coins have been released.

Setting up a computer to solve these equations can be quite costly, especially in terms of the electricity. The act of generating new coins is called mining. In 2009, when the first coins were issued, it did not take much computational power to mine. Now, it may take years for a high-powered computer to be rewarded with a single Bitcoin.

It is set within the code that only 21 million coins will be created. It is estimated that the last one will be issued around the year 2140. The fixed supply is part of the general attraction, as opposed to USD.

Why Do People Want Bitcoin?

There are a few reasons why people want Bitcoin. It is not controlled by governments or banks, rather it is supported by a network of computers, which are composed of thousands of separate parties.

Those that hold and transact cryptocurrency can also do so anonymously. While transactions are recorded on a public ledger, the owners behind the wallet addresses are unknown unless you release that information.

Bitcoin’s value has also skyrocketed since its creation, surpassing the return with general markets like the S&P 500, bonds, Gold and in some cases, real estate.

Why Does Bitcoin Have Value?

There are many things other than money that hold a fluctuating value like gold, diamonds and oil. The Micronesian Yap Islands once used large stones called rai as currency!

As long as another person is willing to exchange Bitcoin for goods or services, Bitcoin will hold value.

How Do I Get Bitcoin?

For starters, you can get Bitcoin here at HoneyBadger! You can purchase it via e-transfer, at one of our ATM locations or over the counter with a dedicated human account manager for large-volume trades.